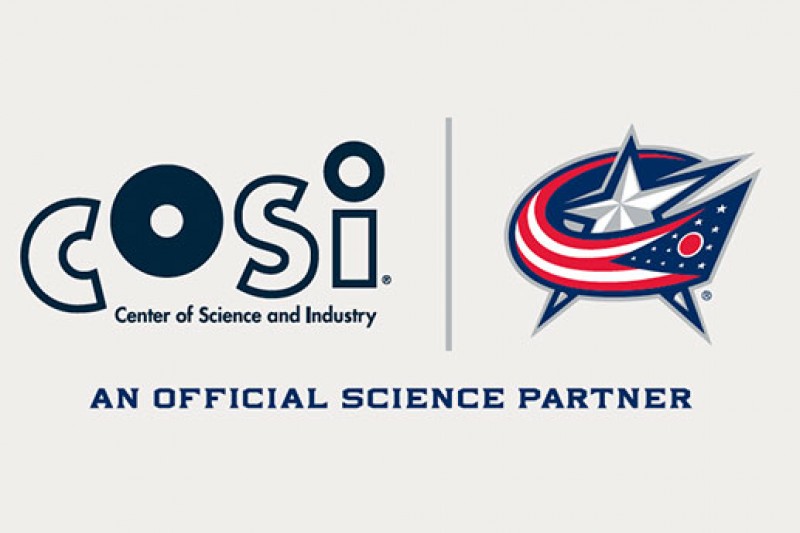 Science and hockey meet in a pair of Science Takeover Nights at Blue Jackets games on Thursday, November 29 and Thursday, March 28. On these nights, fans will notice science-themed stations on the concourse and in-game, themed messaging. The Blue Jackets will visit COSI with Stinger on Friday, November 30 and participate in the four-day, community-wide COSI Science Festival in May. Additionally, the science center will serve as host site for a CBJ Business Alliance business-to-business event exclusively for Blue Jackets corporate partners.

Another component of the partnership is a collaboration on the Hockey edition of COSI's Science of Sports video series. These hockey themed short videos will illustrate some of the intersections of science and hockey through topics such as the physics of a slap shot and the chemistry of how a Zamboni operates. The seven-episode series will be shared across both parties’ social platforms beginning in late November.

“Partnering with COSI gives us great opportunity to collaborate with one of our city’s most popular and iconic community attractions,” said Ryan Shirk, Blue Jackets Vice President of Corporate Partnerships. “The planned events at both Nationwide Arena and COSI, as well as the video series, offer unique cross-promotional opportunities to engage a very diverse audience.”

“We are so excited to partner with a fantastic organization like the Columbus Blue Jackets,” said Dr. Frederic Bertley, COSI president and CEO. “In general, the amount of science in sports is huge, and hockey is such an incredible example of this. Most people have a connection to sports, so the COSI-CBJ partnership is a great way to engage, inspire and transform people around the importance and excitement of science!"

The partnership is complemented by traditional in-arena messaging and promotion across the hockey club’s digital platforms.