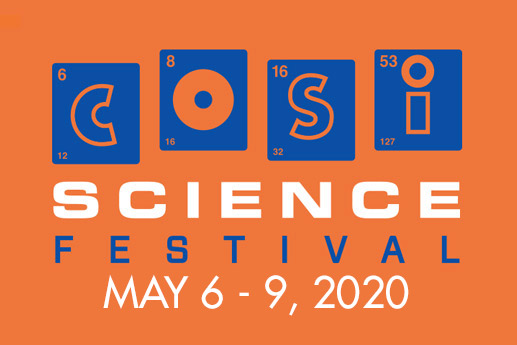 Embark on a thrilling journey to the Moon with Apollo 11: First Steps Edition 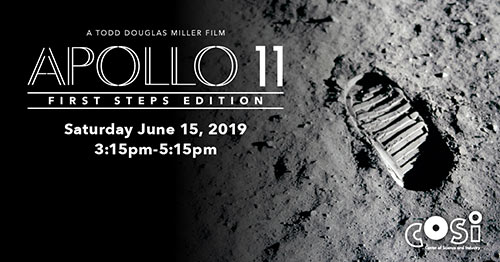 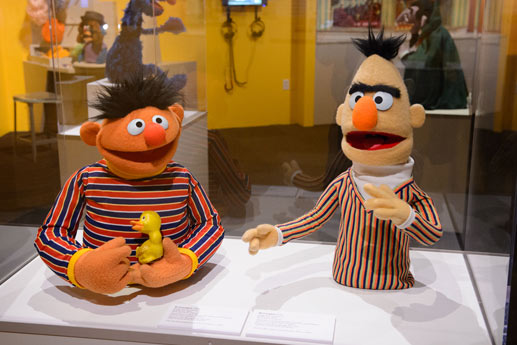 COSI Science Festival Launches May 1 – 4, 2019 with More than One Hundred FREE Events Throughout Central Ohio 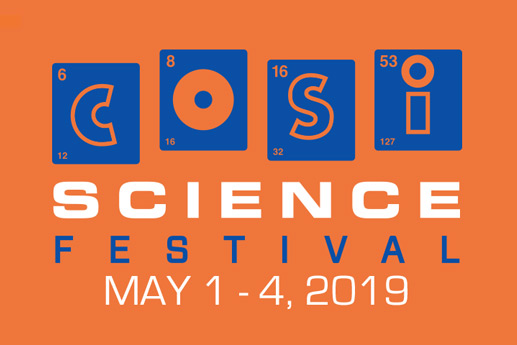 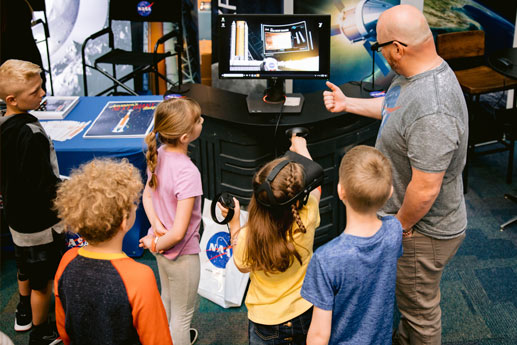 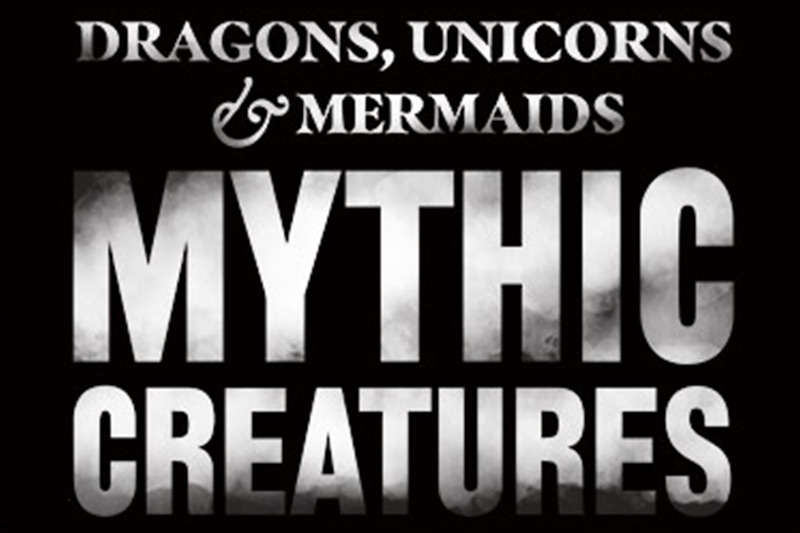 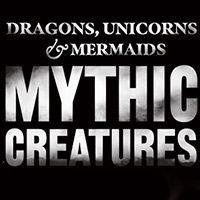 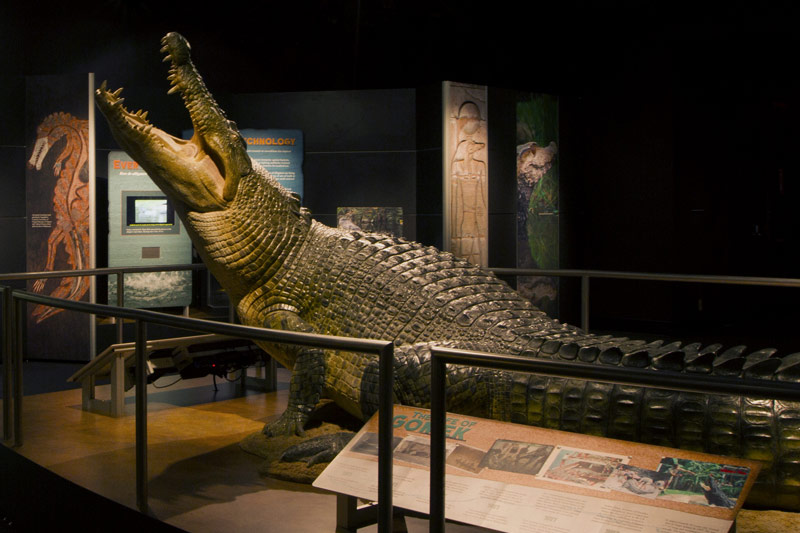 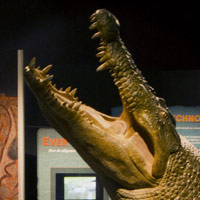 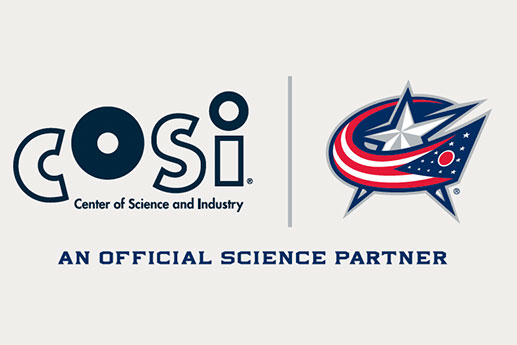 THE POWER OF POISON EXHIBITION INTRIGUES THIS FALL AT COSI 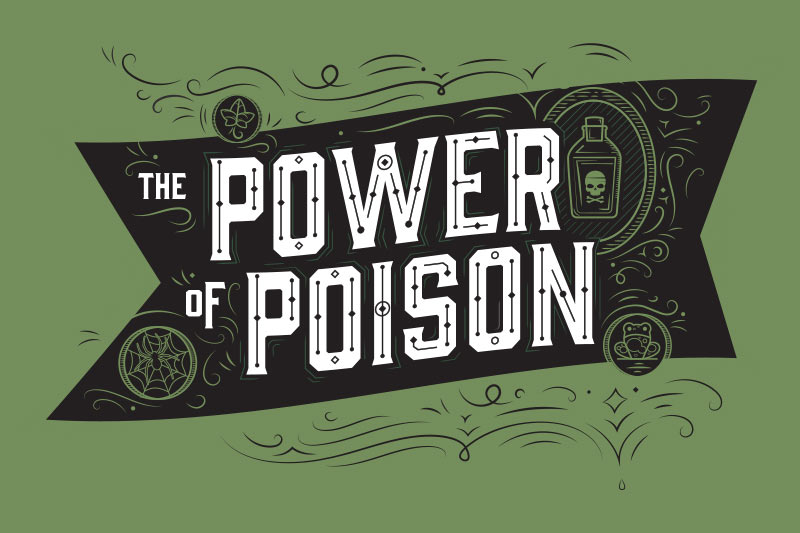 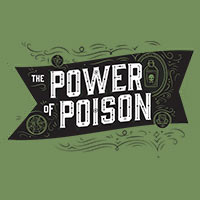 UNIQUE PARTNERSHIP BETWEEN COSI AND THE AMERICAN MUSEUM OF NATURAL HISTORY BRINGS TRAVELING THE SILK ROAD: ANCIENT PATHWAY TO THE MODERN WORLD TO COLUMBUS 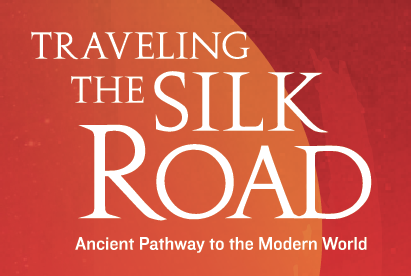 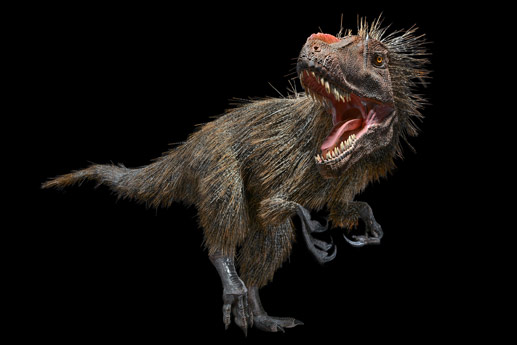 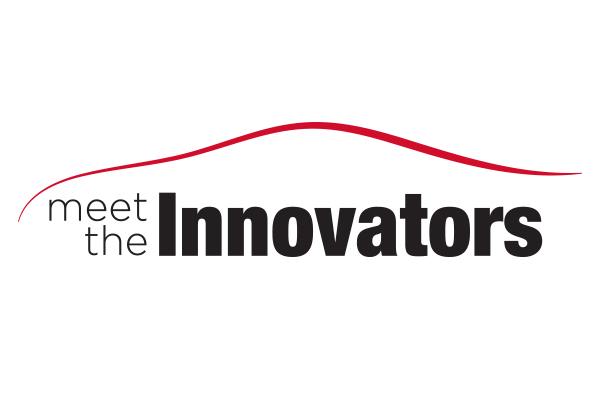 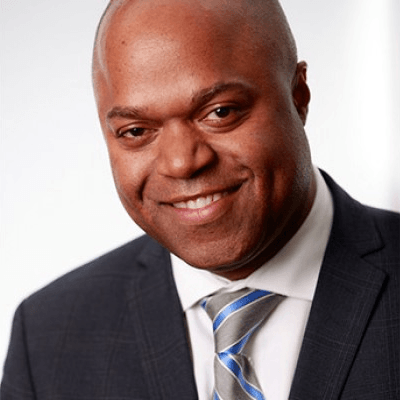 Columbus, OH – The Center of Science and Industry (COSI) Board of Trustees announced today that Dr. Frederic Bertley, recognized both nationally and internationally as a thought leader in the fields of applied science, science education and community engagement, has been named President and CEO of the award-winning science center. Dr. Bertley, the former Senior Vice President for Science and Education has been with the renowned Franklin Institute in Philadelphia since 2008, and will assume his position on January 1, 2017. “The search committee really delivered on meeting the high aspirations set for our incoming leader,” said Board Chair, Michael W. Louge. “Dr. Bertley is a renowned force with an extraordinary body of work and passion for science education. He is a collaborator to the core who has impacted countless people and communities as a result of his ability to cultivate interest in STEM through outreach and dynamic programming. His talent and advocacy are a perfect match to further COSI’s mission.” During his eight years at The Franklin Institute, the most visited museum in Pennsylvania and recognized innovator and leader in the field of science and technology learning, Dr. Bertley focused on improving the quality of science education throughout the K-16 population, increasing science literacy for families and the non-scientist adult population, and engaging diverse communities in science, technology, engineering and math. His work includes:

“I am excited to lead COSI during such an exciting and transformational time into its next fantastic era as both a regional and national pillar for science engagement and enlightenment, as well as, advancing the thriving cultural, educational, entertainment, corporate and philanthropic communities of Columbus,” said Dr. Frederic Bertley. “I look forward to the unequalled opportunity to be part of something truly great succeeding Dr. Chesebrough’s tenure and I feel privileged to take on this important role.” Dr. Bertley has been published in numerous academic scientific journals and served as a postdoctoral research fellow in the development of an HIV vaccine at the Harvard University Medical School and the Children’s Hospital in Boston. Dr. Bertley began his career with the International Development Research Council (IDRC), where he provided clinical and technical support for researchers providing access to healthcare and basic vaccines in Sudan, Africa, Haiti, West Indies and the Canadian Arctic. Along with his appointment at Harvard Medical School, he was a Research Affiliate at the Massachusetts Institute of Technology, and held faculty positions at Northeastern University and Roxbury Community College. Dr. Bertley joins as the fifth president of the more than 52-year-old institution and at a pivotal time for COSI having recently announced an exciting new partnership with the American Museum of Natural History which will bring dinosaurs to Columbus in 2017. Additionally, the Columbus Downtown Development Corporation is developing an eight-acre park with an underground parking garage which will provide COSI with beautiful greenspace for the development of even more engaging outdoor experiences for guests starting in 2018. Louge said the extensive international search resulted in an extraordinary candidate for the position, “The search committee was looking for a strategic planner, community collaborator, and proven fundraiser with award-winning event and exhibit experience. We were thrilled that Dr. Bertley exuded all of these attributes and more.” The 20-member search committee was comprised of members of the COSI Board of Trustees and Central Ohio business and cultural leaders. The search commenced with the January announced retirement of Dr. David Chesebrough, who held the position for more than 10 years. A native Canadian, Bertley received his Ph.D. in Immunology, and a B.Sc. in Physiology and Mathematics, both from McGill University in Montreal. Dr. Bertley has received many honors, including the Dell Inc. Inspire 100 World Changers, Harvard Medical School Dean’s Service Award, Philadelphia Business Journal’s 40 Under 40, Philadelphia Business Journal’s Minority Business Leader Award, The President’s Award (Merck) as well as citations from both the City Council of Philadelphia and Commonwealth of Pennsylvania. In addition, Dr. Bertley is a two-time, Mid-Atlantic EMMY™ winner and has been inducted into the National Library of Congress. 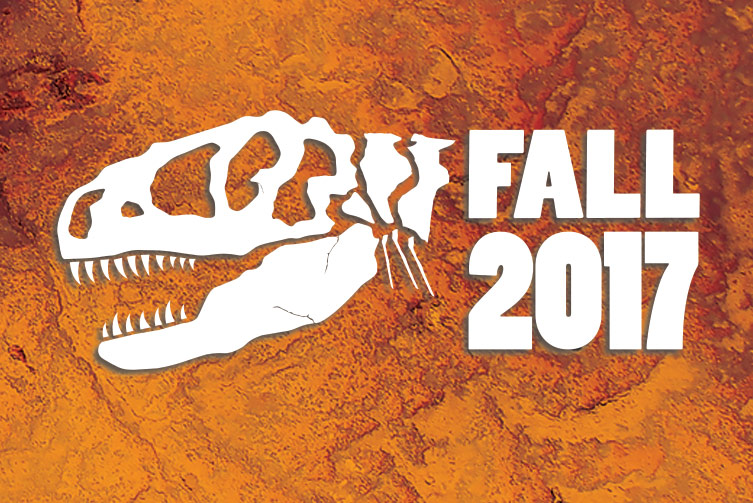 Columbus, OH– COSI and the American Museum of Natural History (AMNH), in collaboration with the Columbus Downtown Development Corporation (CDDC), announced today a first-of-its-kind partnership that will establish two significant new exhibition areas at COSI, the American Museum of Natural History Dinosaur Gallery and the American Museum of Natural History Exhibition Gallery. The Dinosaur Gallery will include installations of AMNH’s renowned dinosaur exhibits, including interactive experiences and loaned specimens. The Exhibition Gallery will host premier rotating AMNH curated special exhibitions. The galleries will occupy a total of 22,000 s.f. on the main concourse of COSI’s first floor, with the Dinosaur Gallery expected to debut in late Fall 2017 and the first featured special exhibition to open in February 2018. Presiding over the Dinosaur Gallery will be a life-sized model of the massive Tyrannosaurus rex fossil that captivates the imagination of people of all ages. With an eye on growing COSI’s audience to include the entire region, COSI, civic and community leaders began discussing creative ways to deepen programming and exhibitions. The strength of the American Museum of Natural History’s exhibitions and educational offerings made it the ideal choice for a partnership. COSI worked with CDDC officials, who have been leading the development and execution of the Scioto Peninsula Master Plan, to explore the potential partnership with AMNH, making multiple trips to the Museum and hosting Museum officials in Columbus. “This is a moment of great pride for Columbus,” said Mayor Andrew J. Ginther. “COSI is a beloved Columbus institution and one of the most respected science centers in the nation, drawing more than 660,000 visitors a year to the Scioto Peninsula. This partnership is expected to dramatically boost visitor frequency while also drawing visitors from farther away. We can’t wait to welcome dinosaurs to our downtown as well as the increased economic activity that accompanies these prehistoric creatures.” The AMNH partnership was made possible due to a $5 million investment from the State of Ohio and a $2 million gift from Abigail and Leslie Wexner. “The Scioto Peninsula is an untapped area of civic opportunity for central Ohio,” said Leslie Wexner. “COSI has been an important draw on the peninsula and the partnership with the American Museum of Natural History will solidify its role as an anchor to all that is yet to come, including the Veteran’s Memorial. Abigail and I are so pleased to be supportive of both COSI and the Veteran’s Memorial and the educational impact both will have on people of all ages.” COSI Board Chair Mike Louge thanked the State of Ohio, the City of Columbus, CDDC and AMNH for partnering and investing resources in COSI, saying, “We appreciate the efforts of the leaders in our community who helped bring in these exhibitions from the internationally renowned American Museum of Natural History. The addition of these unique exhibition areas will allow us to add the ever-popular element of natural history to COSI’s visitor experience, expand our audience, and engage more people in science while enhancing the destination experience of the Scioto Mile and our surrounding Franklinton neighborhood.” As one of the premier cultural attractions in the world, the American Museum of Natural History draws attendance of approximately 5 million to its New York City campus each year. AMNH has established research, exhibition and educational collaborations around the world, but this is the most extensive partnership of this kind, linking as it does a world-class natural history museum and a nationally recognized science center. “AMNH and COSI share a deep commitment to enhancing the public understanding of science, and today, broad access to science and to science education is more important than ever,” said Ellen V. Futter, President of the American Museum of Natural History. “Museums and science centers have a vital role to play in this arena, and this exceptional collaboration between the Museum and COSI will provide a unique visitor experience and learning opportunity. We are very pleased to bring these exciting new exhibitions and educational resources about current science and discoveries in paleontology to the Columbus area.” CDDC will be managing the design and construction of the new AMNH galleries. Concurrently, CDDC is developing an 8-acre park, with an underground garage below it, on the ground just west of COSI. The new park is designed to serve as a catalyst for commercial and residential activity on the 56-acre Scioto Peninsula as its planned revitalization progresses. “This project brings together world class institutions like AMNH and COSI to produce an unparalleled experience for our citizens,” said Guy Worley, President/CEO of CDDC. “This is a once-in-a-generation opportunity to create a cultural peninsula anchored by a mixed-use development. With the revitalization of the Scioto Riverfront last year, the Peninsula is primed to be the next destination neighborhood in Downtown Columbus.”

About COSI COSI, the Center of Science and Industry located in Columbus, Ohio, is one of the most respected science centers in the nation — engaging more than 33 million people through both on-site and off-site programs since 1964. Parents magazine named COSI the #1 Science Center in the Country. COSI’s programs and world-class experiences inspire an interest in science encouraging people to want to learn more about their world. About the American Museum of Natural History The American Museum of Natural History in New York City, founded in 1869, is one of the world’s preeminent scientific, educational and cultural institutions. The Museum encompasses 45 permanent exhibit halls, including the Rose Center for Earth and Space and the Hayden Planetarium, as well as galleries for temporary exhibitions. It is home to the Theodore Roosevelt Memorial, New York State’s official memorial to its 33rd governor and the nation’s 26th president, and a tribute to Roosevelt’s enduring legacy of conservation. The Museum’s five active research divisions and three cross-disciplinary centers support approximately 200 scientists, whose work draws on a world-class permanent collection of more than 33 million specimens and artifacts, as well as specialized collections for frozen tissue and genomic and astrophysical data, and one of the largest natural history libraries in the world. Through its Richard Gilder Graduate School, it is the only American museum authorized to grant the Ph.D. degree and the Master of Arts in Teaching degree. Annual attendance has grown to approximately 5 million, and the Museum’s exhibitions and Space Shows can be seen in venues on five continents. The Museum’s website and collection of apps for mobile devices extend its collections, exhibitions, and education programs to millions more beyond its walls. About Columbus Downtown Development Corporation Created in 2002, CDDC is a private, non-profit development corporation formed to lead city-changing projects in the heart of Ohio’s capital city. CDDC led redevelopment efforts have achieved national recognition and include the landmark Lazarus Building, The Scioto Mile, Columbus Commons and Scioto Greenways.